This part of the flow explains how the conversation with the bot is passed to an agent. 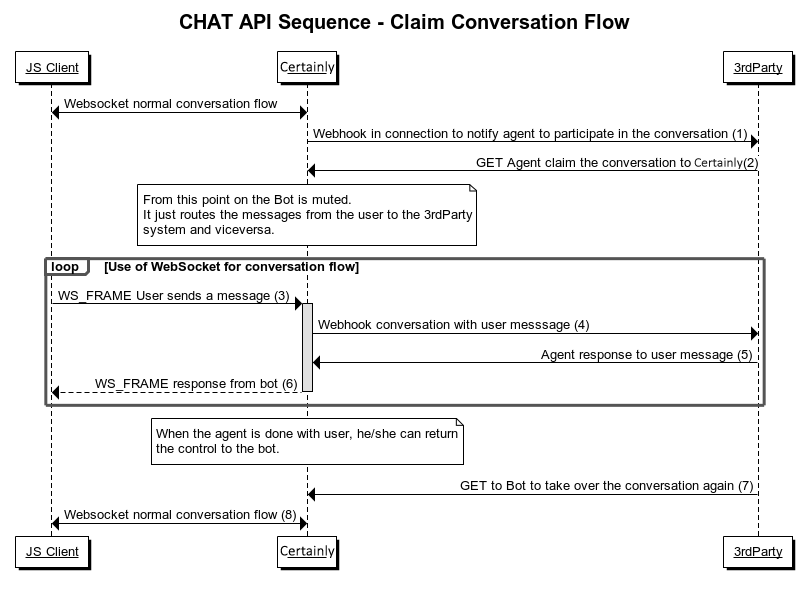 Below, we provide explanations for each of the requests made from processes 1 - 6 seen in the diagram above.